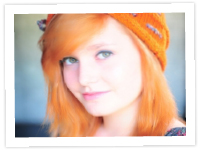 Daughter of Chief Warrant Officer 3 Brenden Hearney USMC, Paisley’s father was killed in service when she was just one year old. She inherited her father’s love of reading, specifically science fiction and fantasy.

Running the Extra Mile – The Build A House Project

Two PS Charities volunteers and ProSol employees are going the extra mile—26.2 to be exact—to help build a house for Cpl Garrett Jones and his family. Jackie Albright and CaSandra DeGrauwe-Williamson are running the Marine Corps Marathon in support of this year’s Build A House Project.

You can help by pledging your support below. Rememeber, 100% of all pledges raised will support the Build A House Project! Pledges can be made for: END_OF_DOCUMENT_TOKEN_TO_BE_REPLACED

Endurance (also referred to as “ultra”) cycling is an activity that is sure to test the physical, emotional, and mental limits of all who accept the challenge.  At its essence, ultra cycling is akin to a war composed of several battles.  For endurance cyclists, those battles pit mind vs matter…mind vs weather….mind vs terrain….mind vs traffic….and mind vs self.  In other words, it’s a mind game. END_OF_DOCUMENT_TOKEN_TO_BE_REPLACED

For the third year in a row, Air Force Col (Ret) and PSC Volunteer, Matt McKeon will compete in his annual summer charity bike rides! This year Matt’s summer rides will raise much needed funds for women undergoing breast cancer treatment at The GW MFA Breast Care Center. In Matt’s three years of biking for a cause he has raised over $21,000 towards the fight against cancer! 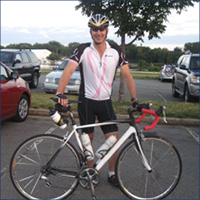 This year Matt has selected two cycling events: The National 24-Hour Challenge and the Total 200.

The National 24-Hour Challenge is a nationally recognized marathon cycling event that takes place annually in Michigan over Father’s Day Weekend. The object of the event is to ride as many miles as possible in 24 hours. There are more than 20 age brackets and over 1,000 riders participate each year. The route consists of a 121-mile loop, followed by a 23-mile loop, followed by an 8-mile night loop that riders repeat until the 24-hours expire. END_OF_DOCUMENT_TOKEN_TO_BE_REPLACED

Corporal Garrett Jones and his family will soon have a new house to call home! This Spring, at the Washington Nationals’ Marine Corps Appreciation Game, the Joneses received the surprise of a lifetime, when they were announced as this year’s Build A House Project recipients. Made possible by a partnership between PSC and Operation Finally Home, Corporal Jones, his wife and young son will receive a custom built, mortgage free home. END_OF_DOCUMENT_TOKEN_TO_BE_REPLACED