Nate Pope, a long time volunteer and friend of PS Charities, is beginning quite the ambitious charity endeavor. 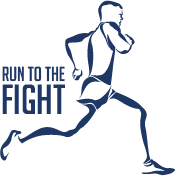 Pope is launching RunToTheFight, a donation-driven running project that aims to raise money and awareness for local charities. RunToTheFight will consist of a series of pledge-fueled runs, each with a different goal and charitable recipient (cancer support, childhood obesity, diabetes research and wounded warriors to name a few!). The project was started with two goals in mind, “while raising money for charity is my primary purpose, I am also looking forward to starting down the path to a healthier life for myself,” said Pope. END_OF_DOCUMENT_TOKEN_TO_BE_REPLACED

And the Winner Is… 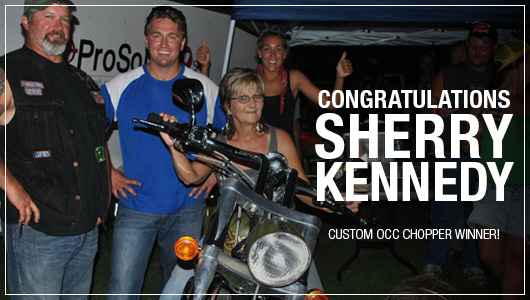 Congratulations to the big winner, Sherry Kennedy, of North Carolina!

In December 2011, PS Charities hosted the first of many fundraising events to build a house for a wounded Marine and his family. Just before wrapping up that first event we received an unexpected donation—A custom built OCC Chopper! Here at PSC, we are fortunate to have many kind and generous donors but this guy takes the cake, giving us a valued toy from his own collection. END_OF_DOCUMENT_TOKEN_TO_BE_REPLACED

Memorial Day Weekend marks another year for the annual Rolling Thunder Run through DC. It’s the most patriotic run in America with tens of thousands of bikes from across the country.

Rolling Thunder’s mission is to educate, facilitate, and never forget by means of a demonstration for service members that were abandoned after the Vietnam War. Rolling Thunder has also evolved into a display of patriotism and respect for all who defend our country. END_OF_DOCUMENT_TOKEN_TO_BE_REPLACED

After months of hard work, the Fourth Annual NC Charity Golf Tournament came and went, raising $50,000 toward the Build A House Project!

The weekend started Thursday with a cookout and silent auction sponsored by Gilligan’s. On Friday over 100 golfers teed off at Paradise Point Golf Course at Camp Lejeune.

100% of every dollar raised goes directly to the cause. A special thank you to the golfers, 20 volunteers, and over 50 sponsors and donors who made the event a huge success! See you next year! END_OF_DOCUMENT_TOKEN_TO_BE_REPLACED

The night before the 4th Annual NC Charity Golf Tournament we’re hosting a free cookout at Gilligan’s in Surf City, NC. A long-time friend of PSC, Bill, is kindly providing the food. Because we’re raising money to build a house for MSGT Pearl and his family you can bid to win a GLOCK pistol, a custom vacation of your design, a bose sound system, spa treatment, and more! END_OF_DOCUMENT_TOKEN_TO_BE_REPLACED