Corporal Garrett Jones and his family will soon have a new house to call home! This Spring, at the Washington Nationals’ Marine Corps Appreciation Game, the Joneses received the surprise of a lifetime, when they were announced as this year’s Build A House Project recipients. Made possible by a partnership between PSC and Operation Finally Home, Corporal Jones, his wife and young son will receive a custom built, mortgage free home.

Here at PSC, 100% of all donations go directly to those in need and The Build a House Project is no exception. Fill out the form below to show your support today.

Born in the small town of Newberg, Oregon, Corporal Jones joined the Marine Corps in August 2005. Assigned to the 2nd Battalion 7th Marines infantry unit, he deployed to Iraq after 10 months of training. On the afternoon of July 23, 2007 (with about two weeks of deployment left), Corporal Jones was walking down a dirt road when an explosion detonated beneath his feet. The explosion resulted in the loss of both eardrums and his left leg. Corporal Jones also suffered severe shrapnel wounds to his arm.

At just 22 years of age, Corporal Jones underwent 20 surgeries in nearly 30 days. After being released from the hospital, he received a prosthetic leg and was on the road to recovery. Shortly thereafter, Corporal Jones found out that his unit was not getting much of a break, and would be going to Afghanistan in April 2008. Choosing to not let his injuries control his life, Corporal Jones wanted to go back to his unit and deploy.

After speaking to his unit commanders and the Commandant of the Marine Corps about his intentions, both commanders supported his endeavor as long as doctors approved him, and he could prove to be useful. In April 2008, Corporal Jones was once again deployed to Afghanistan, serving as a unit intelligence analyst and a hospital liaison for his battalion.

In June of 2009, Corporal Jones retired from the Marine Corps and moved back to Oregon. During his time there he started attending college at Western Oregon University.  Corporal Jones also married his wife Allison, and the couple had their first child Hudson. After 3 years of school (and an extremely large workload), Corporal Jones graduated from WOU in June 2012 with a degree in Public Health and a Minor in Spanish.

In January of 2013, Corporal Jones, his wife, son and service dog Coal (whom he considers his second son), made the trek to Dumfries, Virginia for a job at Quantico Marine Corps Base. The home they are renting is less than ideal. It is a two-story house, without a handicapped accessible bathroom. The everyday strain of walking up and down the stairs takes a great toll on the knee that Corporal Jones has left.

Thanks to the support of Operation Finally Home, our sponsors, volunteers, and participants in this year’s Major Douglas A. Zembiec Memorial Golf Tournament, Corporal Jones and his family are one step closer to having a home that meets their needs. If you would like to make an additional donation to the project, please fill out the form above.

From funding military scholarships to helping cancer patients pay for treatment, there are a number of causes that we support here at PS Charities (PSC), that are near and dear to our heart. However, every now and then, a story comes along that really strikes a chord.

In late 2011, ProSol employee and long-time PSC supporter Gary Cross, brought us the story of a Marine, critically injured while serving in Afghanistan. The Marine was not only a personal friend, but had also served with a number of ProSol employees. Due to the severity of his injuries, the Marine and his family were relocated to Texas so he could continue his treatment. While there were many challenges on the road ahead, one of the biggest was finding a home—One that was close to the treatment facility and could also accommodate the Marine’s needs.

In partnership with the Brothers In Arms Foundation, lead PSC volunteer Michelle Rademacher quickly organized the “Build A House BBQ” to raise money for the cause. Held at the Harbor Site Bar in Sneads Ferry, NC, the event featured barbeque, live music and raffle prizes. Passionate supporters from all over came out to show their support for the wounded Marine and his family. 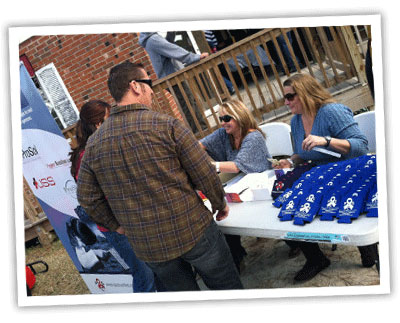 After receiving such a positive response at the Build A House BBQ, PSC Founder LuAnn Dean made a commitment to continue helping the family by dedicating a majority of the events held in 2012 towards the cause.

Dubbed the “Build a House Project,” PSC volunteers helped organize happy hours, a shooting event and even a block party to help raise money to build the house. Although there were many events held, two of the largest in the project were the Fourth Annual NC Charity Golf Tournament and the Custom OCC Chopper Raffle.

Led again, by lead volunteer Michelle Rademacher, the Fourth Annual NC Charity Golf Tournament was held in May at Paradise Point Golf Course on Camp Lejeune. The tournament’s weekend activities started with a cookout and silent auction; continuing the next morning with over 100 golfers teeing off to show their support.

A few months after the golf tournament, the final Build A House event was held at the Tuckahoe Motorcycle Club’s 24th Anni 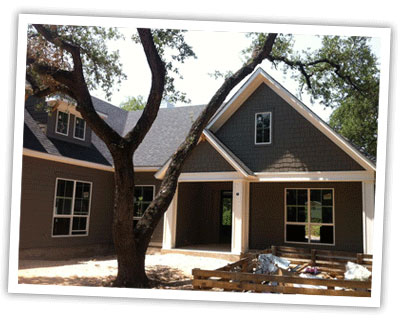 versary Party. The culmination of a 9-month long ticket selling initiative, the Custom OCC Chopper Raffle brought in thousands of dollars for the project and helped PSC reach its goal.

With the help of its supporters and partner Operation Finally Home, PSC is happy to report that ground has been broken the house is going up! Be sure to check back for future updates. 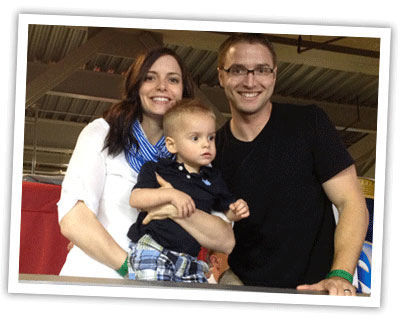